Ahh, the perpetual search for the perfect eye cream. We’ve all been there. Most of us are still there. So we soldier on, researching and trying product after product, until maybe just maybe we someday find what we’re looking for. When I first came across Bobbi Brown Extra Eye Repair Cream, I thought this may be it. But once I looked a little bit closer, I wasn’t so sure. Read on and I’ll explain. 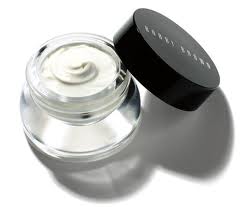 The product marketing is pretty vague about what’s in the Bobbi Brown Extra Eye Repair Cream formula. They talk about Peptides, Natural Plant Oils, and Humectants, but that’s as specific as they choose to get. I looked a little closer and found:

You are instructed to warm a bit between your fingers and apply both morning and night to the skin under and around your eyes by patting it on. You can apply makeup after Bobbi Brown Extra Eye Repair Cream absorbs.

$70 is a lot to spend on a cream that’s good at moisturizing but not much else. Perhaps if it came in a tube or pump, it’d be worth it, but even then I’d say only for those with dry and very dry skin. My best recommendation is not to buy this without first using a sample or at the very least a counter tester. That way you’ll know how well it works for you in particular before shelling out the cash.

Have You Used Bobbi Brown Extra Eye Repair Cream? Leave Your Review Below!